Or browse these popular categories

In 1968, Apollo 8 astronauts Bill Anders, Frank Borman, and Jim Lovell took the first journey beyond Earth’s orbit. Earthrise tells the story of the image they captured of the Earth. The film recounts the astronauts’ experiences and explores the beauty, awe, and grandeur of the Earth against the blackness of space. The Earthrise photograph had an everlasting impact on the astronauts and humanity, offering a powerful perspective that transcended national, political, and religious boundaries.

Could the Earthrise photograph, 50 years later, become a symbol of remembrance that unites us as global citizens? Watch the film below.

Favorite This Film
Get the free Earthrise Discussion Guide

Inspire inquiry and reflection with the free Earthrise Discussion Guide.

On December 21, 1968 Apollo 8 launched from the Kennedy Space Center in Merritt Island, Florida. The three-man crew—Frank Borman, Bill Anders, and James Lovell—were the first humans to escape Earth's orbit, venturing 240,000 miles farther than anyone before them.

Their mission was to travel to and orbit the moon, testing the viability of a future moon landing. Although they were instructed by NASA to take pictures of the surface of the moon, capturing photographs of Earth was not a priority. NASA was focused on getting to the moon and beating the Soviet Union in the space race; everything else was secondary. Yet during their lunar orbit, the crew emerged from the dark side of the moon to see the Earth rising before them over the lunar horizon. They scrambled to capture the image. Borman took one photograph in black and white while Anders captured one in color. This was the first color photograph taken of the Earth from the moon and became known as Earthrise.

Within days, the photograph was on the front pages of newspapers and magazines around the world. It has become one of the most well-known photographs in history. The astronauts were praised as heroes—great adventurers returning from man's most daring mission with an important artifact for humanity.

The iconic Earthrise photograph shifted the vision of space exploration from one that leaves Earth behind, to one that marvels in the rare magnificence and beauty of our home planet. Anders explained, "I don't know who said it, maybe all of us said, 'Oh my God. Look at that!'" Borman later described the vision of the Earth as "the most beautiful, heart-catching sight of my life, one that sent a torrent of nostalgia, of sheer homesickness, surging through me."

The photograph of the Earth as a beautiful "blue marble" ushered in a collective awareness of the Earth as a whole, transcending borders and boundaries, and came to be used by many to instill a sense of wonder, awe, and stewardship toward the planet. It was a natural inspiration for the creation of Earth Day, and subsequently for the environmental movement as a whole. After the overwhelming global response to the Earthrise photograph, NASA recognized the importance of capturing images of the Earth from space, instructing astronauts to take photographs of the Earth throughout the Apollo program. 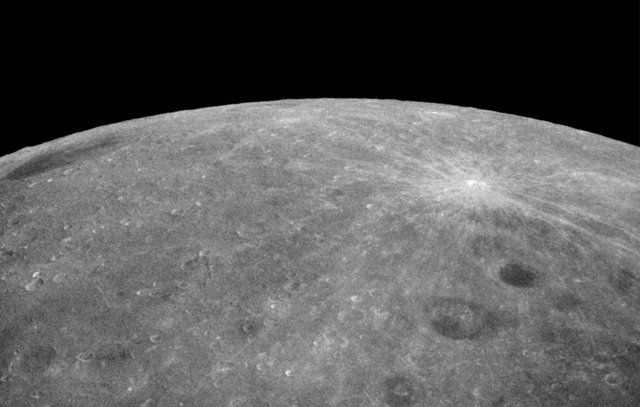 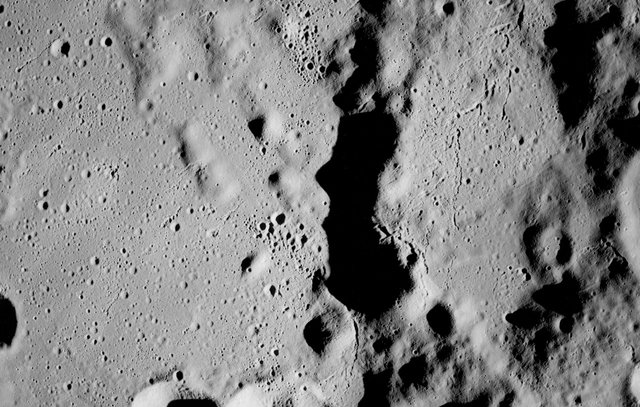 “We were all awestruck by the beauty of the Earth and its color against the blackness of space.”—Bill Anders (Photos: NASA)

I've always loved the Earth photography captured during the Apollo missions and for as long as I can remember, I found the Earthrise image to be particularly poignant. It stirred up primal emotions within me. In all the tellings I watched or read of Apollo 8—and there are many—I wanted to experience more. It seemed like Apollo 8 was so often treated as a footnote to Apollo 11 and the first landing on the moon. The first trip to the moon and the capturing of the Earthrise photograph was the seminal moment for me in the Apollo missions. I wanted to know the story behind the photograph, to know what it was like for the first human beings to see and experience Earth from space.

I wondered what role this image could offer us 50 years later as we face intense political, social, and ecological upheaval. Could it become a symbol of remembrance that unites us? Could it act as a catalyst, enabling us to see our planet as one ecosystem? These questions inspired me to make the film.

I conducted long, multi-day interviews with the Apollo 8 astronauts. All these years later, they still remembered every detail, vividly describing the mission and their experience looking back at the Earth. I had approached the interviews with all sorts of ideas about the profound insights they would share, the epiphanies they must have had and how it had forever changed their lives. And while they offered these insights during the interviews, they also provided something much simpler, something much more human that touched me the most. It was as if seeing the Earth from the moon had awakened a primordial feeling within each of them. Home.

My editor Adam Loften and I spent countless hours reviewing archive footage and photography from the Apollo missions. The tactile quality of the 16mm footage and 70mm photography imparted a quality I felt was lacking from the crisp digital images from satellites and the international space station I'd become accustomed to seeing. I could almost feel the human presence behind the lens, a sense of emotion that was imparted into the footage itself. In crafting the story, I wanted to create that human connection to the Earth I felt within the footage and the astronauts' experiences. I wanted to explore how to feel and witness the Earth as our home the way they had. I wanted to share the awe and beauty they had experienced, to remember the power of this image they shared with the world.

At screenings of the film these past few months, people always ask, "What is your hope for the film? What do you want it to accomplish?" It seems that watching the film stirs up big questions for people in the same way the photograph did when it was first shared 50 years ago. I find myself reaching for the words of poet Archibald Macleish who Borman turned to when he felt his own words were inadequate: "To see the Earth as it truly is, small and blue and beautiful in that eternal silence where it floats, is to see ourselves as riders on the Earth together." I hope that we remember that we are together here, at home on this "...bright loveliness in the eternal cold."

Back to the Film
Get the free Earthrise Discussion Guide

Inspire inquiry and reflection with the free Earthrise Discussion Guide.

Learn more
Watch Anytime, Anywhere
Watch our films on your phone, tablet, or connected TV.
Download on the App Store Get It on Google Play Available at Amazon Available on Roku
Sign UpLog In
Stories & Lesson PlansSearchAbout UsBlog
Create your library
Sign up or log in to save your favorite stories and lessons, create custom collections, and share with others.
{{ title }}
{{ body }}
{{ message }}